“Cancer Does Not Equal Death” 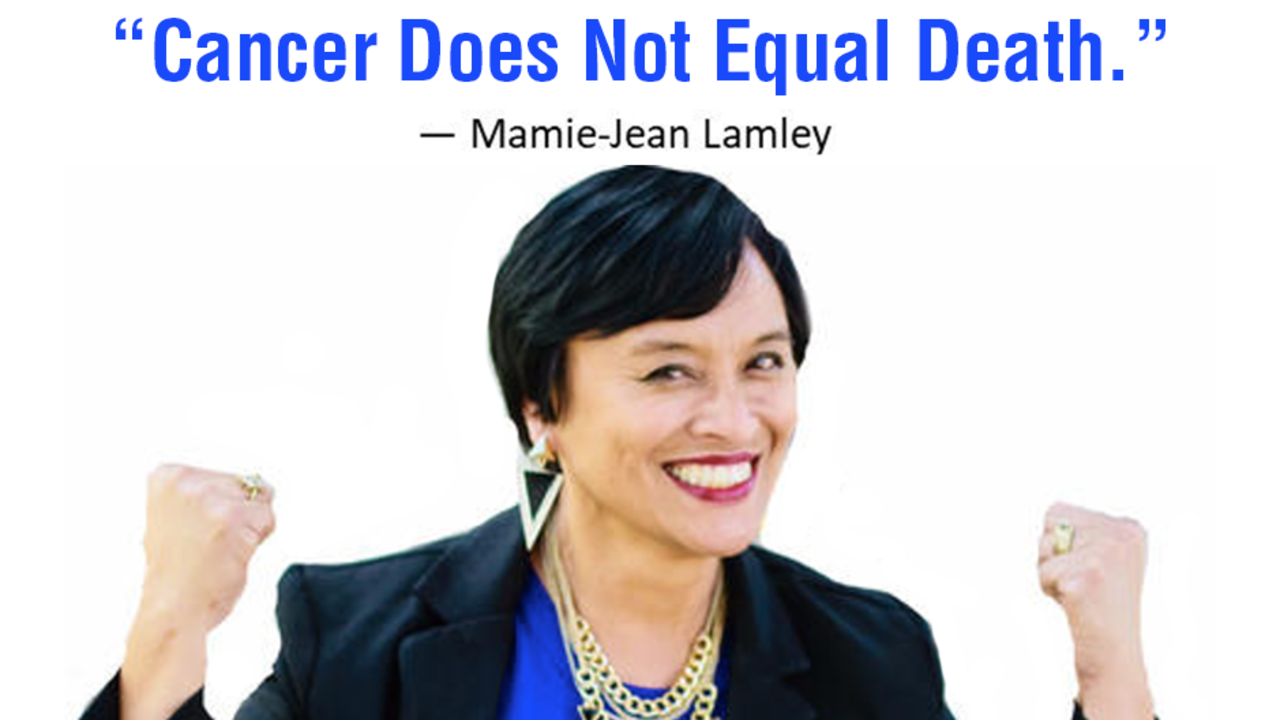 Mamie-Jean Lamley is a powerful businesswoman who knows how to maintain an inner sense of calm and joy. She runs a training and coaching business called Empowerment On Fire, and heads a spiritual business called Mandala Mystics: The Window to Your Soul. You can also find her with a big smile on her face, working at large events hosted by Success Resources, a leading global transformation and education company.

This interview is an excerpt from the book Healing Happens: Stories of Healing Against All Odds.

Mamie: The day I was told that I had cancer, I was actually up on stage, doing what I love doing: training. I was leading a course called, "Think Like a Leader" when my assistant picked up my cellphone to take a call from my doctor. He told her, "We've been trying to reach Mamie, but she hasn't been returning our calls, and this is critical. We need to talk to her right away." My assistant  asked if I could call back at the break because I was in the middle of leading a course. But the doctor said, "No, we really need to talk to her now." He mentioned the word "cancer," and my assistant, knowing my family background, asked me if I could have the class go on break, because I needed to take the call. There I was, up in front of the class on stage, and I said, "Okay everyone, we’ll take a 15-minute break, and then we'll resume."

The doctor said, "Mamie, we need you to come to the hospital as soon as possible because we believe you have a progressive case of cervical cancer."  That sent my heart in a panic. I told him, "I have to finish my class. I will be there at about five-thirty. Is that good enough?" And he said, "Sure."

I didn’t really have time to digest the call because my students were just coming back from the break and I had all these eyes looking at me. So I said, "Hey guys, with your permission, I need ten minutes. I have to take a personal break." I went into the bathroom and I broke down completely. It was a very emotional time for me. Then, I took a deep breath and said, "Okay, Cancer. Cancer does not equal death. There's a reason for this." I had a good cry and wiped the tears away as best as I could. I took my makeup out of my bag, put my face back on, literally, and then went back on stage and finished my four-hour class.

It was amazing. People were wondering what was going on and even though sometimes we’re afraid of being vulnerable, I became very vulnerable with my students. I told them, "I just want you to know that this has been a great day and it's gonna be an even greater day. The reason is that I need to go to the hospital because the doctors believe I might have a form of cancer. But, it's just a form,” I said, “and I'll deal with it." They embraced me with so much love and support it was unbelievable.

I called my mom and told her that I was heading to the hospital. She was in a panic. The first thing that came to her mind was that your children should never pass before you do. I told her, "Mom, I'm not passing! But I'd love to have you on my side. Can you meet me at the hospital?" It was amazing. There I was, 35 years old, asking Mom to come and help me.

Once I knew exactly what I had, I went ahead and did my own research. I asked my medical doctors if I could work with my naturopathic doctor. I wanted both worlds to come together for my health and wellness.

On the medical side, they wanted me to go through surgery, and they told me they were hoping to go in and freeze the cells and then cut the cells out. At first, I was all excited because the test results that came back right after that made me think that they got everything. But we still had to wait for more tests to come back to be sure. Three days later, they told me that they wanted to go in again. It wasn’t all gone. And they said they needed to take “everything” out. I said, "Well, then take everything out. That's what we're going to do." That was the hardest. I thought to myself, "Look, I have three children. Every doctor told me that I wouldn't have kids but I have three kids. I'm good. So if they need to take everything else out, so be it."

But you can’t go into major surgery like that until after six weeks, so I had to wait. All the while, my kids were in Colorado. They were troopers, but at first they had the same mindset that I did: cancer equals death. That was hard on me, knowing my babies thought they would be losing me. Thank God for the internet, so I could talk to them on a daily basis.

By my third surgery, they confirmed that it looked like no cancer cells could be found on any other internal organs, and I would go through an oral chemotherapy.  The strangest thing is, my biggest worry was, "I'm going to go bald!" But I did not lose my hair; it just turned all white.

Six months later, I got the word that I was no longer at risk for more cancer. I continued to go in for blood tests and check-ups once a month. It wasn't until the fifth year after my first diagnosis that I was finally deemed "cancer-free."

Even though I had a very positive mindset during that time, when I was alone at night in the dark all those little doubts came in. Between my first and second surgery, when they had said they got everything, but told me they didn't get everything after all, I felt like I was having a mental breakdown. I thought, "What are you talking about? You said you got everything, but now…" That’s when I really had to go internal. I realized that if I wasn't calm, how could everyone who’s supporting me be calm? 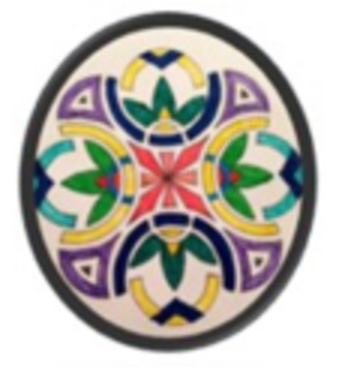 During that year of recovering from cancer and being away from my children, I was able to get in touch with myself and my soul. It’s when I found the Mandala. Mandala is a Sanskrit word meaning "the window to your soul." The literal meaning is center, circle and completion as it is a drawing of a beautiful symmetrical pattern.

At that time, when I was coloring mandalas, I never thought that it would be anything but a coloring book. But it actually allowed me to calm myself down and reflect. It felt like a gift from the universe, a gift from God. I started sharing it with other people who were going through hard times, too. And they, too, would get centered and they, too, started to be of positive mindsets.

Then we started to play with it more. I would ask them, "How about if you attach a 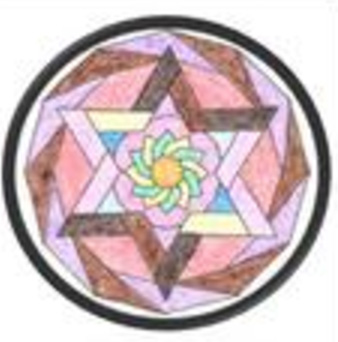 question to your mandala, and then I'll take a look at it and read it for you." That idea must have come from the universe. The next thing I knew, I was offering a unique gift, helping people calm themselves, and even doing spiritual readings through the mandala.

It was amazing how accurate it was. I didn't even know most of the people that I read for. It became something that actually soothed the soul. It became part of my journey to share the Mandala with as many people in Hawaii as I could. And that’s when I found a spiritual leader that I told my story to. She showed me how to read colors and how to take time to get quiet and allow whatever wants to come through to come through. She taught me to share whatever messages come with the person who colored on the Mandala. It's been amazing. 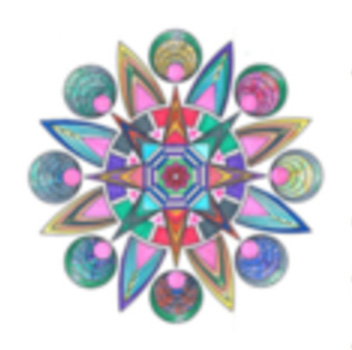 perseverance, and it helped others who came into my life.